On the route of the Ancient Greeks

There is a place in Sicily where history, mystery, spirituality and esoterism have been coexisting for Centuries.

This is Limes, “Border Line”, “Limit” or “Street”, “Road”, which lies across the route used by the Greeks as a passage from Taormina, the first Greek colony in Sicily, to the Greek colony of Tindari during the 4th Century B.C. 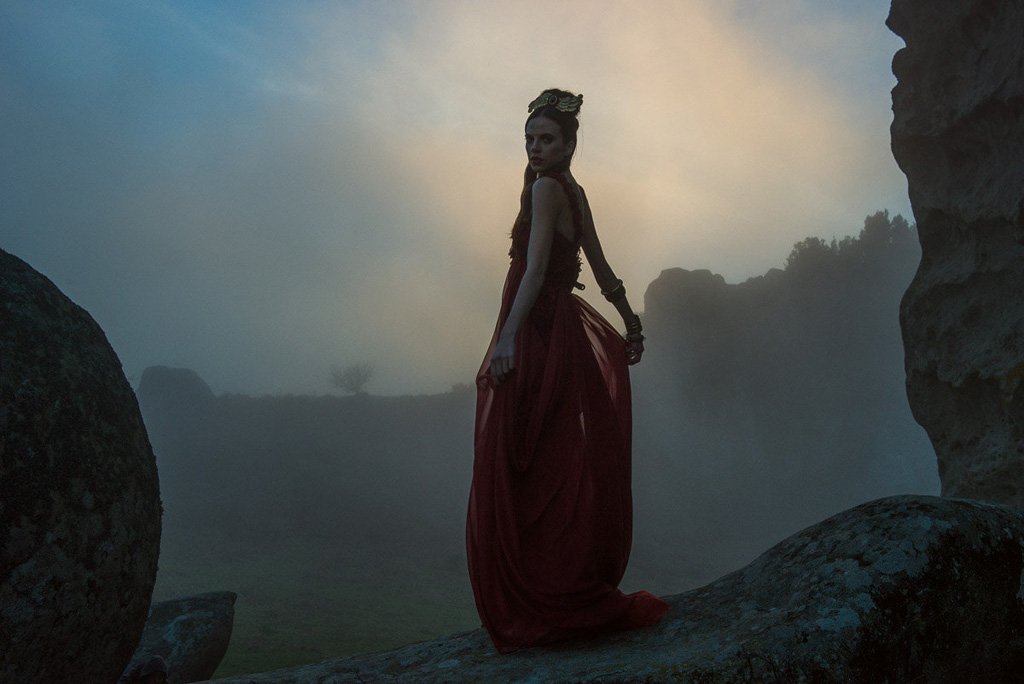 The Argimusco Plateau, which was used in prehistory for archeo-astronomical collimation and propitiatory rites, is an evocative, fascinating and mysterious place. It is located in the North of Sicily, close to the border between the Nebrodi and Peloritani Mountains, between the municipalities of Montalbano Elicona, Tripi (which stands on the site of the ancient Abacaenum) and Roccella Valdemone. In this area, rocks of quartz and sandstone, identified as megaliths,were shaped in a curious and evocative form by prehistoric populations: ancient menhir and recognizable dolmen.

The Limes collection, inspired by the beauty of Ancient Greece, comes alive in this unique place in the world in the photoshoot of a professional Fashion team. Dresses are opulent in their stylistic simplicity: pure silk tulle with lateral draperies, gowns with geometrical inserts of Hellenic inspiration, with golden and coral ramage motifs mounted on a nude effect tulle. Fine fabrics that once again are reminders of historical and cultural path of the famous Silk Road, which united the East to the West.